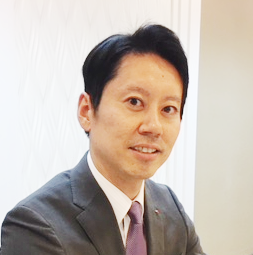 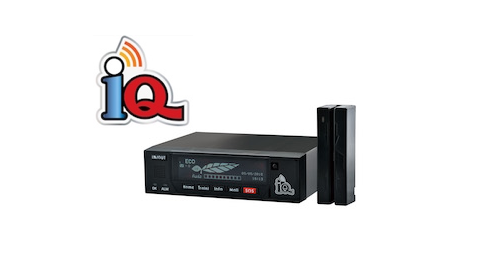 Yazaki's instrumentation equipment that has contributed to preventing accidents
Yazaki has been developing, selling and servicing tachographs in Japan since the 1960s. At that time, Japan was in a high growth period. At the same time that the car ownership rate continued to rise, "KAMIKAZE taxis" and "KAMIKAZE trucks" running at a tremendous speeds became a social problem.
In order to overcome this situation, the Japanese government mandated the introduction of tachographs for trucks, buses, and taxis. These are circumstances under which we have been trying to improve the traffic situation by the formulation of rules for the speed violation and the suppression of long hours work.

From Japan to Thailand, the challenge of instrumentation equipment manufacturer Yazaki. 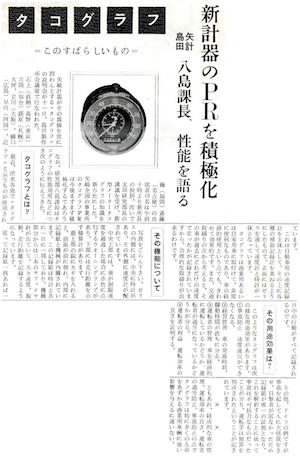 Based on Yazaki's corporate motto "Corporations with the world" and "Corporations required by society", from the desire to expand to the world technologies that were cultivated in Japan for improving safety, energy conservation and the environment, we proceeded with overseas deployment from around the year 2009, and we have been focusing on commercialization in earnest to Thailand. WHO data also proves that Thailand is a country with one of the highest rates of traffic accidents per capita in the world, and the number of traffic accident deaths is 36 per 100,000 people, the 2nd worst in the world. This is about 8 times higher than Japan. In that sense, there was a thought that the significance of commercializing in Thailand is great.

As an initial effort, we first imported digital tachographs from Japan. We prepared Thai language software and started selling it. While making proposals for achieving safety and fuel savings, based mainly on Japanese logistics companies in Thailand, it was able to show a great effect in reducing the number of accidents and improving fuel economy.

However, in order to be widely accepted to Thai business operators also, it was important to introduce telematics technology used by many business operators. In Thailand, it is important to be able to acquire information such as "Where are the cars now", "What kind of driving are those vehicles doing" and "Whether they are cheating or not." in real time. Fortunately, because Yazaki had established telematics technology in Japan, arranging and deploying that technology for Thailand is not too difficult. However, there are many tasks that must be cleared, such as setting up a large-scale data server and wide-area service network for deploying nationwide, so it will take a lot of time to prepare from scratch. For that reason, Yazaki came to the conclusion that a strong partner in Thailand is necessary.


Encounter with partners, and the birth of "iQsan"
DTC ENTERPRISE, the No. 1 telematics provider in Thailand, was the most interesting partner candidate. They have their own development, server operation, sales, on-site service, call center, and are expanding one-stop service. If Yazaki could establish with them, our company was confident that we can expand the technology we cultivated in Japan into Thailand. When meeting with DTC for the first time, we shared the idea of cooperation we envisioned. The company president, Mr. Thotspol knew that Yazaki had developed a tachograph long ago and was promoting efforts towards safety, and we were greeted very favorably. After repeatedly discussing how to advance synergistic business development by multiplying each other's strengths, Yazaki and DTC Enterprise became strategic partners with capital ties. 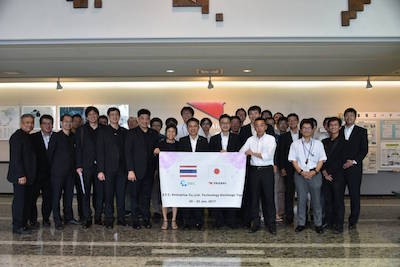 The two companies members who involved in the development. By having pleasure and pain, we became a true partner.


The next challenge is product development. It is an enormously difficult thing to develop new products among engineers with different languages and cultures. For each specification, we have discussed each other’s opinions in English with a dictionary "Why do we have to do so?", and continue to have repeated discussions. Throughout the course of a year, engineers from both companies poured wisdom and passion into our new product, which was finally completed in 2015.

Products born in this way became introduced as a standard installation on the truck Victor sold by Hino Motors Sales (Thailand) Ltd. The product name iQsan was given by president Nakamura of Hino Motors Sales (Thailand) Ltd., IQsan, an operation control equipment that wishes to support customers and to become a familiar system was put in, was expanded widely throughout Thailand.

For the purpose of reducing traffic accidents, the Land Transportation Authority of Thailand mandated the introduction of telematics in trucks and buses from 2015. We hope that iQsan will help to reduce traffic accidents in Thailand, and we will try to cope with further improving our services even further in the future.

(Right) Shipment ceremony of the first machine of iQsan. From here, the desire to reduce traffic accidents has begun to deploy throughout Thailand. 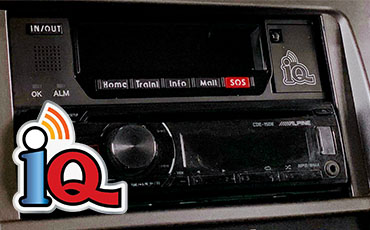 THAI YAZAKI USER’S REVIEW: KANJANAPA TRANSPORT with the use of 'Yazaki iQsan', which is like a business partner beside every single transport! [ 05/05/2021 ]
Strongly supporting a better automobile driving environment in Thailand with new telematics devices + service from Thai Yazaki [ 11/02/2021 ] 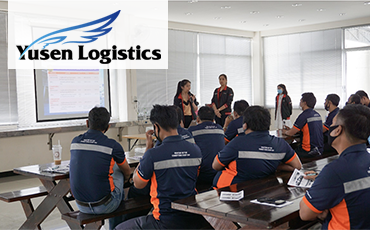 Supporting driver training for a food transportation company in Thailand with the telematics technology of Thai Yazaki! [ 26/10/2020 ] 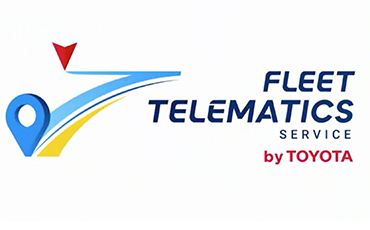 [Example of application development for telematics] TOYOTA’s management system ‘Fleet Telematics Service’ for fleet companies, which utilizes the know-how of Yazaki, has started in Thailand! [ 18/09/2020 ] 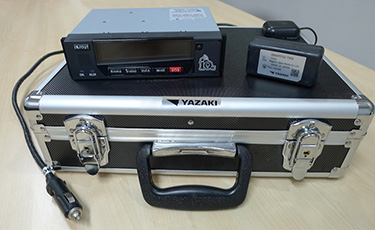 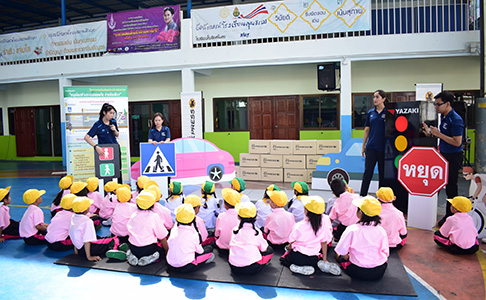 THAI YAZAKI USER’S REVIEW: KANJANAPA TRANSPORT with the use of 'Yazaki iQsan', which is like a business partner beside every single transport!
Strongly supporting a better automobile driving environment in Thailand with new telematics devices + service from Thai Yazaki

Supporting driver training for a food transportation company in Thailand with the telematics technology of Thai Yazaki! 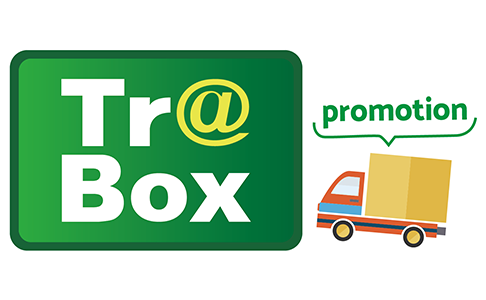 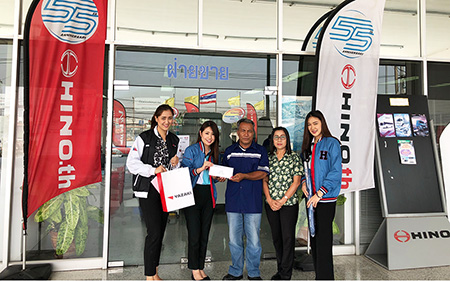 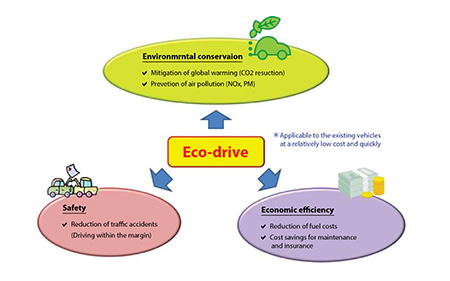 【Improvement of environmental issues and operation control in Thailand】Any special restriction or improvement is not necessary！ Immediate effects of hazardous substances reduction and fuel mileage reduction can be gained from “Eco-drive”. 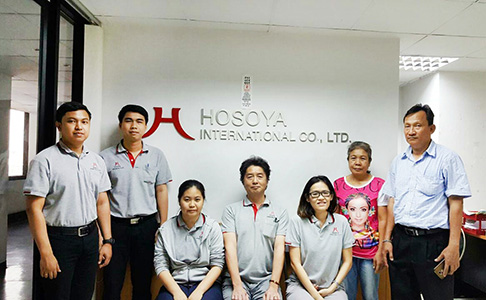